When it comes to the Crock Pot, vegan recipes aren’t necessarily the first thing that comes to mind. But vegan slow cooker recipes can be hearty, healthy, and absolutely scrumptious. It’s true!

Crock Pot dinners are my favorite way to gain back time on busy weeknights – and if they’re healthy and vegan, well, all the better! Of course, in my mixed-diet family, my goal is to make sure that the fact that these dinners are vegan is simply an afterthought – even for the carnivores!

I scoured the ‘net and asked some blogger friends to share some of their favorite vegan slow-cooker dinner recipes. From chilis to curries and from mushroom-lentil cabbage rolls to Mexican quinoa, here are several terrific vegan recipes for you to choose from. 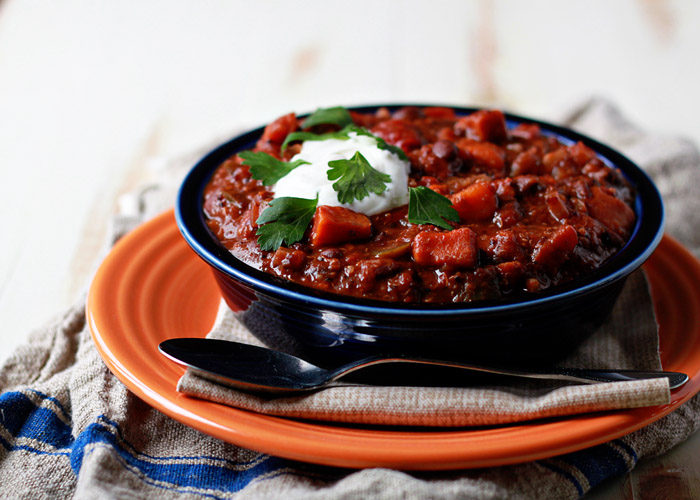 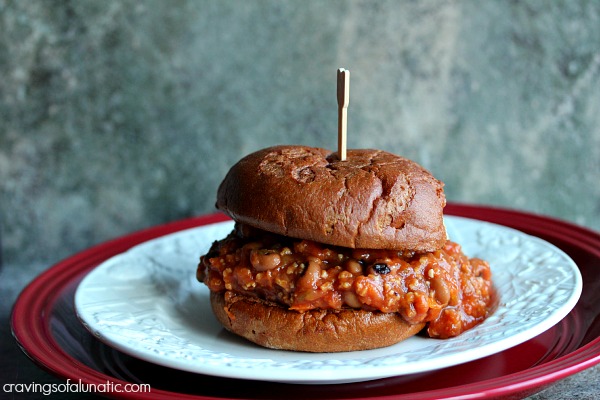 Do you have a favorite vegan slow cooker dinner recipe? Please share in the comments below! 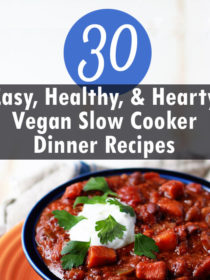 No ratings yet
Print Pin Rate

This post may contain affiliate links, which means if you click on a link and make a purchase, I may receive a portion of the proceeds. More about this here.
Dinner Entrees Round-Ups Slow Cooker Slow Cooker Dinners