This pasta dish has been on my mind for some time. And, yeah, it’s been in my stomach more than a few times, too. First, I had to get the recipe just right. Then, I had a heckuva time getting decent photos of the stuff, so I had to keep making it. Over and over and over. 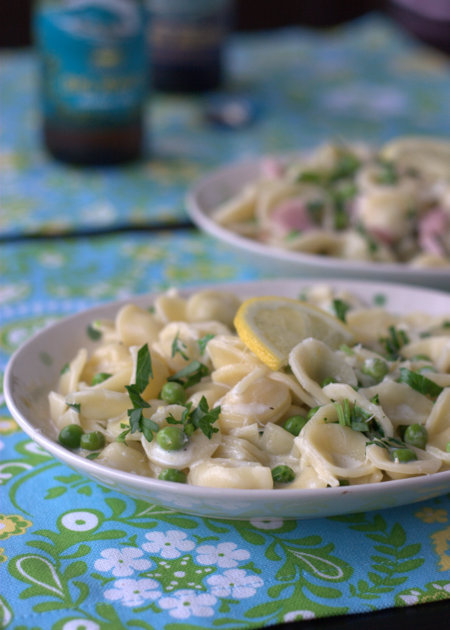 Just last night, I whipped up a batch, and with my rental camera (my poor full-time camera is in the shop hopefully regaining its former glory), I was able to snap at least some semi-decent pics. And so now I can finally share with you. Woo hoo! 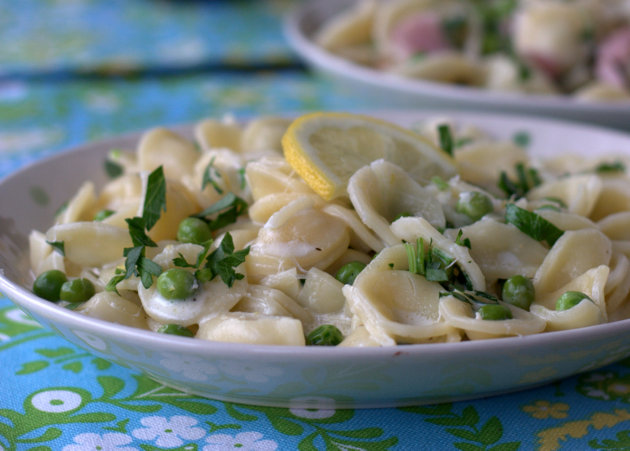 It came to mind a few weeks ago when I was whipping up a batch of lemon spaghetti for a quick dinner and simultaneously dreaming of this orecchiette pasta with creamy ale sauce from The Beeroness. Those peas! So perfectly cradled inside each bit of orecchiette! 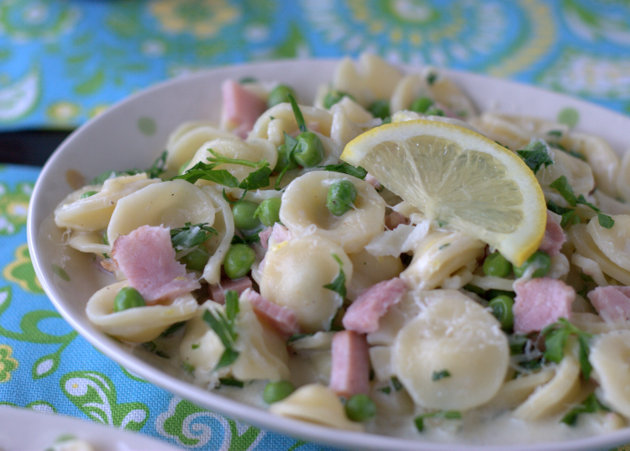 I’ll probably have to make it several more times just to make sure I got it exactly right.

Sorry, honey. At least you get a good amount of ham in your half. (Actually, I don’t think my guy is complaining, either. He’s never been huge on lemon, but he does love this stuff.)

This pasta dish goes from stove to table in about 25 minutes, but it tastes like it took far longer. It uses the same creamy, garlicky lemon sauce as the lemon spaghetti recipe, then I added perfect little peas for a touch of green and spring. Our beloved meat-eaters get the smoky addition of ham (perfect for using up the last of those Easter leftovers). I love using orecchiette with this sauce – the creamy goodness collects in all the little dips and curves. Divine.

You know I had to use orechiette as per my aforementioned obsession, but shells or penne would be marvelous, too. 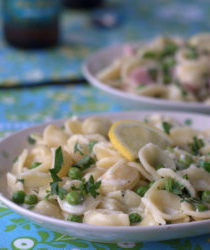 Adapted from Food Network
3.2.1596
This post may contain affiliate links, which means if you click on a link and make a purchase, I may receive a portion of the proceeds. More about this here.
Comfort Food Dinner Lunch One Dish Two Ways Pasta Spring Vegetarian+Carnivore

Leave a Reply to Courtney @ The Fig Tree Cancel reply

11 Comments on “Creamy Lemon Pasta with Peas and Optional Ham”