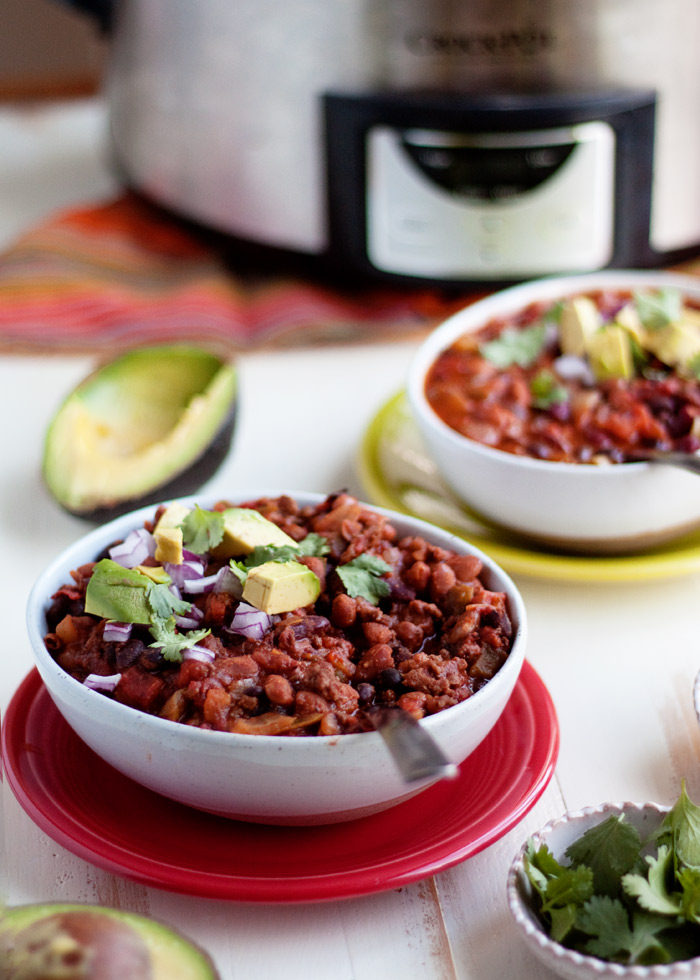 I’ve tried many, many variations of vegetarian chili over the years. Super simple chili, chili with a gazillion ingredients, chili with “secret ingredients” like unsweetened cocoa or brewed coffee (both very good, actually).

But this slow cooker chili recipe is the one that’s been floating around on a piece of paper with the title of “THE Chili.” My guy took a bite of his version (with meat) and said, “This is it. You can stop at this one. It’s perfect.” I feel the same way about the vegan version. 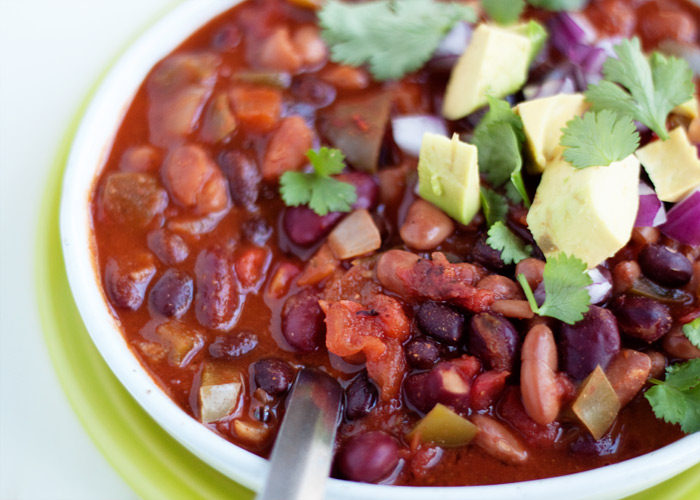 The bonus is that this Slow-Cooker Easy 3-Bean Vegetarian Chili is super simple to throw together, and takes next to no work to cook.

It bubbles in the Crock Pot all day, simmering to dinnertime perfection. If you’re okay with the vegan version, it’s done when you get home. If you want it one-dish-two-ways style, just brown the ground beef, simmer some of the chili together with the meat for a bit, and dinner’s ready. 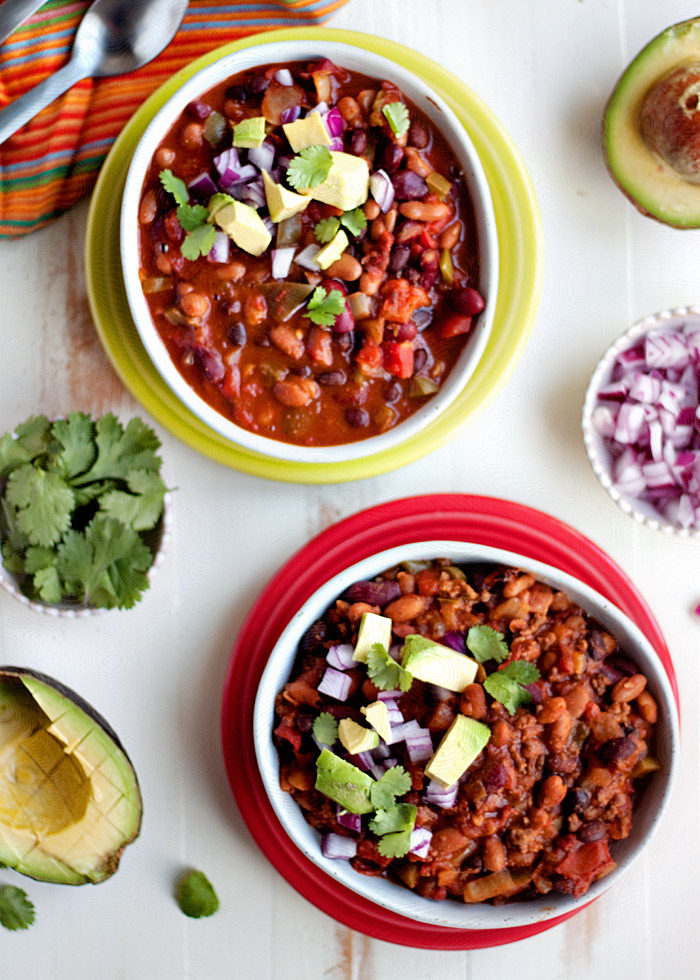 As-is without the Tabasco, this is a nice, mild, family-friendly chili – not much heat at all. Add the Tabasco at the end, offer it up as a topping, or omit it altogether, depending on your preferences.

This chili freezes really well. I scoop leftovers into freezer bags, label, and stick in the freezer for super-easy future meals or even to top nachos. Double the recipe to ensure lots of extra – just make sure you’re using a big Crock Pot! 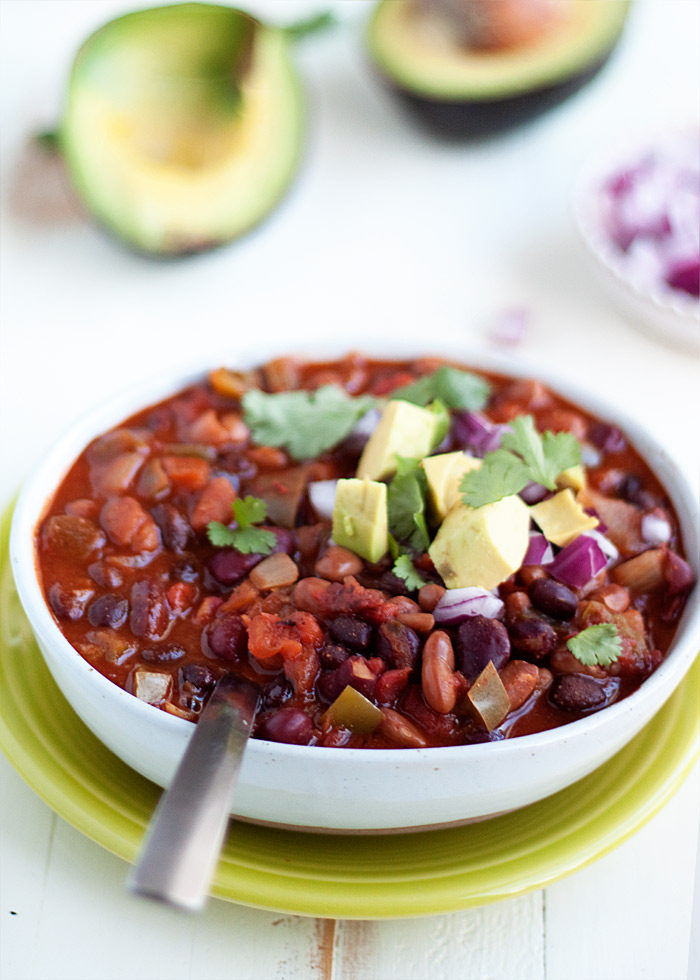 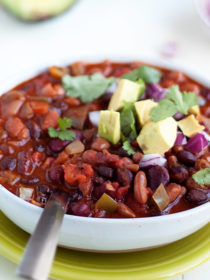 4.58 from 7 votes
THE Chili recipe around here. Three kinds of beans + onions, green peppers, fire-roasted tomatoes, and spices bubble in the Crock Pot while you go about your day. Ground beef can go in the carnivores' portions if you like. Chili two ways=a happy home!
Print Pin Rate
Yield: 6

If adding ground beef to all:

Nutrition info does not include ground beef.