Cinco de Mayo + comfort food. Now that’s a combo I can get behind. This Mexican-food-inspired combo might also add to my behind, so I made this cheesy pasta casserole as healthy as possible. 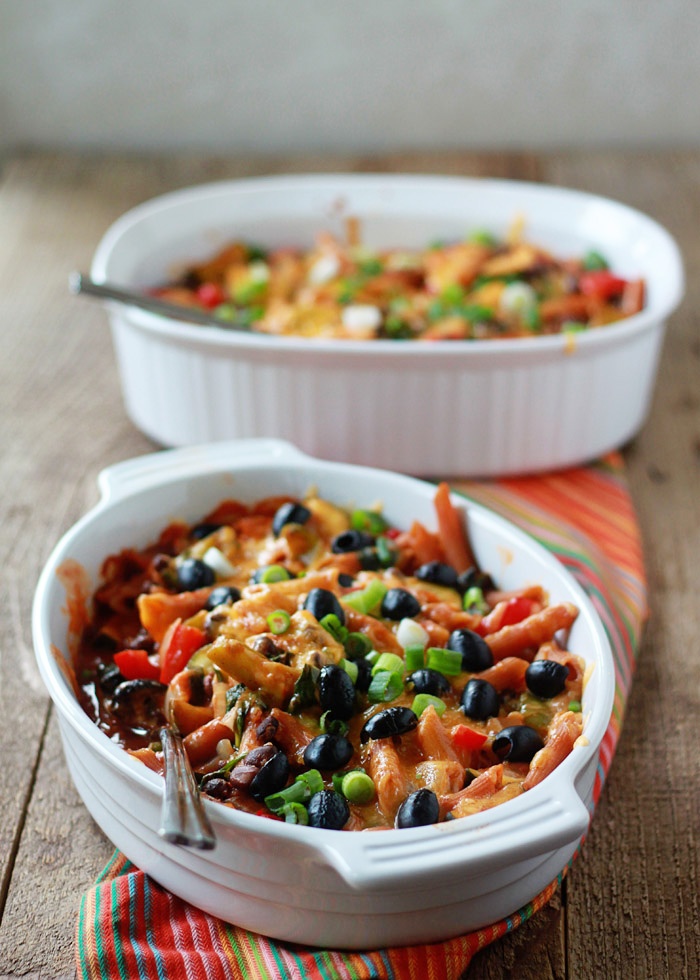 This veggie-filled enchilada pasta bake is – you guessed it – made with loads of veggies. In fact, there are about as many veggies in there as there is pasta. Maybe even a little more. 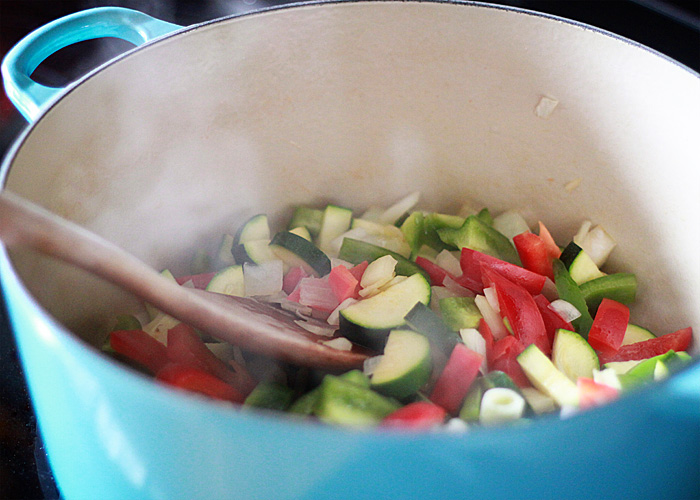 And. And! The pasta is whole wheat.

But don’t worry. It’s definitely not rabbit food. This stuff is smothered in cheddar cheese and baked to bubbly perfection, so we’ve got that. The carnivores can even get their own dish with ground beef added to the mix. 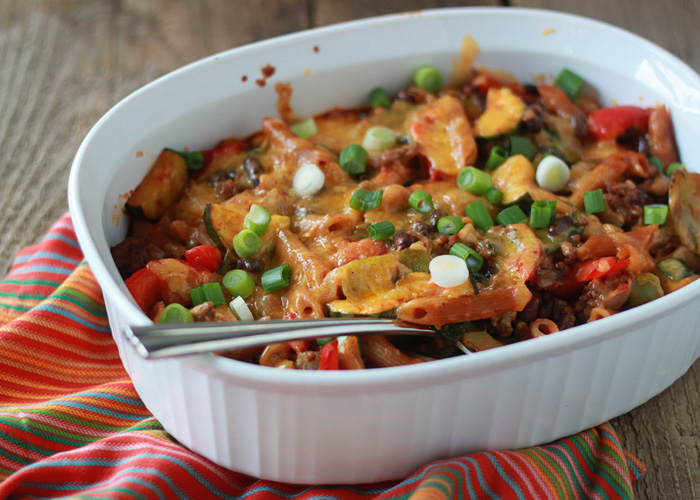 Me, I’m good with the hearty veggies – bell peppers, zucchini, and spinach – along with a confetti of black beans. A little sour cream adds just a bit of creaminess and tang to the spicy enchilada sauce, added with a generous touch to guarantee pure sauciness in every bite. Saucy is good. No dry casseroles here.

It’s worth noting that when I first started developing this recipe, I made the enchilada sauce from scratch. But ultimately, I felt like it just made the recipe too fussy – too many ingredients, too many steps. So I say, go with a good prepared enchilada sauce – but if you’re feeling ambitious, go ahead and make your own! It’s a pretty forgiving recipe that way.

On top of all that sauce and pasta and veggies, there’s a nice layer of glorious melty cheddar. And olives! Black olives. You’ve got to have the olives. Man, I love olives. 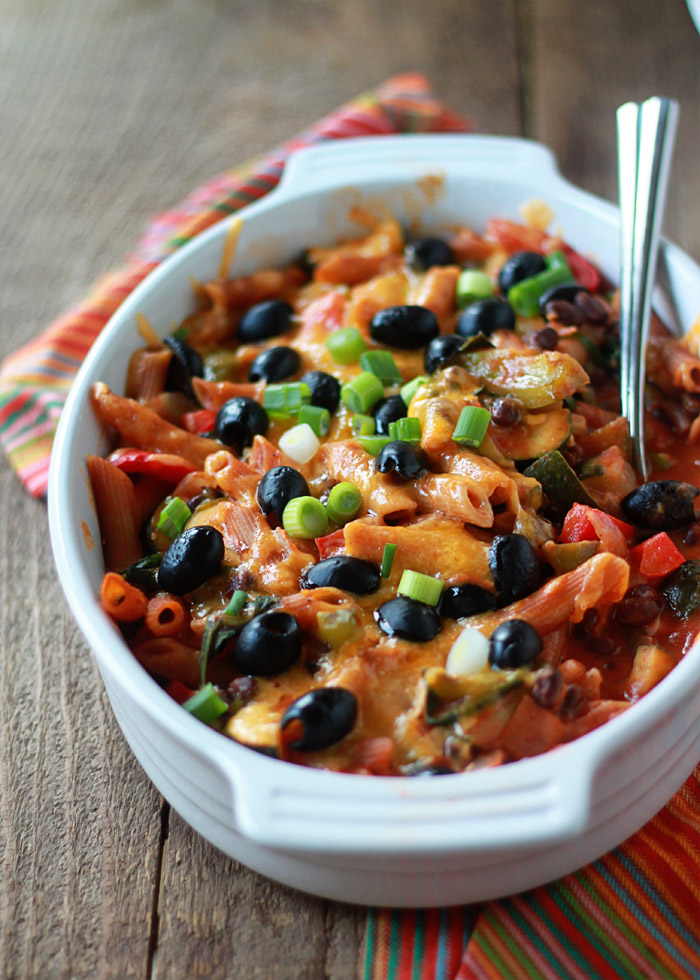 I’m kind of proud of this one, I’ve gotta say. It’s a very, very nice way to eat your vegetables, be it Cinco de Mayo or any other day of the year. 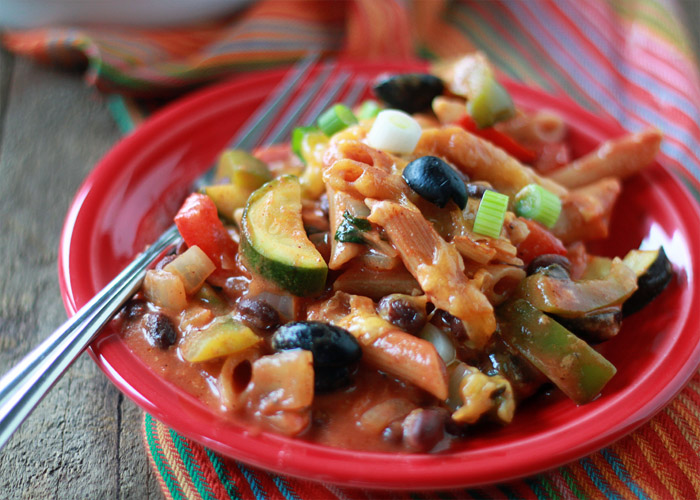 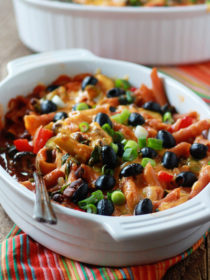 No ratings yet
Packed with veggies and made with whole wheat penne, this saucy vegetarian baked pasta packs a little less guilt than your average comfort food casserole. If you've got meat-eaters coming to the table, it's easy to bake two versions: one with ground beef, one without. I've included instructions for cooking it both ways.
Print Pin Rate
Yield: 6 -8 servings

If making an all-veggie version:

If making a half veggie, half ground beef version:

This post may contain affiliate links, which means if you click on a link and make a purchase, I may receive a portion of the proceeds. More about this here.
Cinco de Mayo Comfort Food Dinner Lunch One Dish Two Ways Pasta Vegetarian+Carnivore