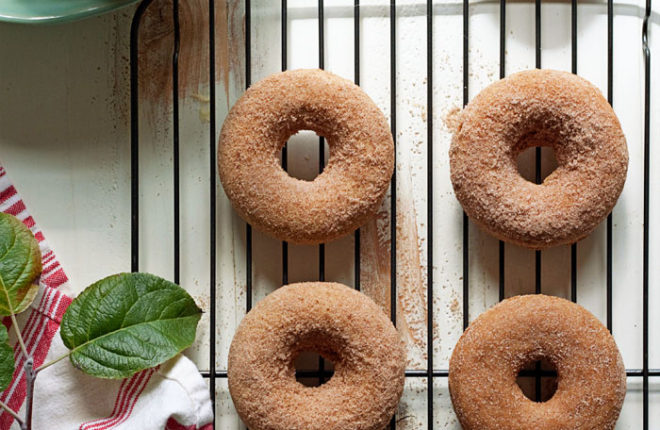 Moist, tender, chock full of apple flavor and warm fall spices, coated generously with cinnamon sugar – what’s not to love?! This baked doughnuts recipe is another of those happy recipes that just happens to be vegan, but you’d never know it. 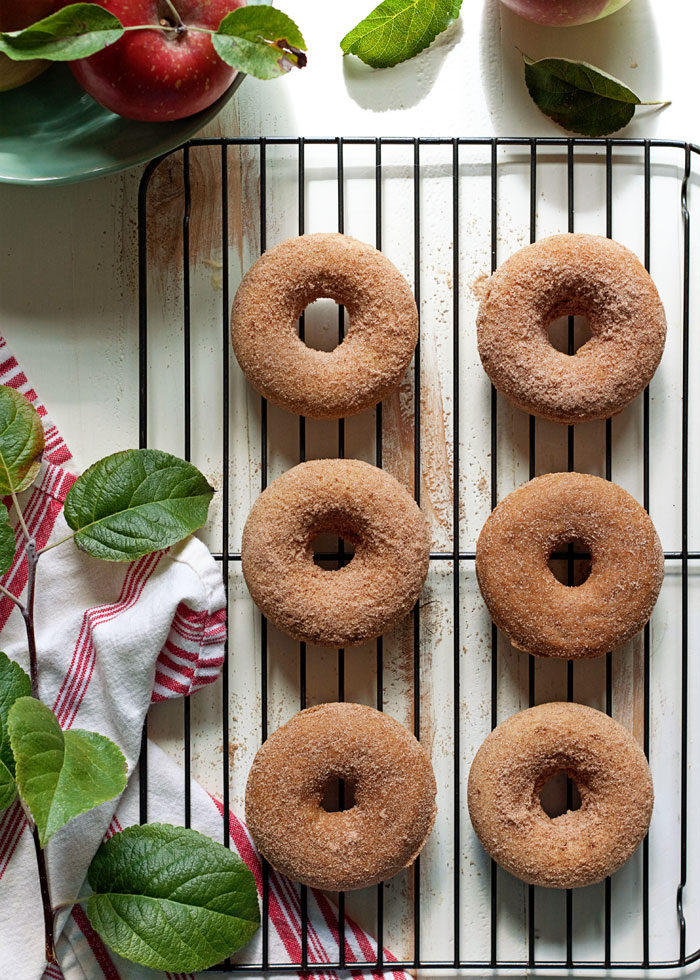 I live in Washington state, yet I’ve never been apple picking. Which is, basically, a total crime. Now that we have a couple of u-pick apple orchards on the western side of the mountains, I’ve put “apple picking” on my Fall 2015 bucket list. Except I hate the term “bucket list,” but in this case, I’ll use it, because I’m pretty sure we’ll be using buckets for our apples. I’ll just think of it as filling a bucket as opposed to kicking it.

You know what else I’d like to fill a bucket with? These Apple Cider Baked Doughnuts. 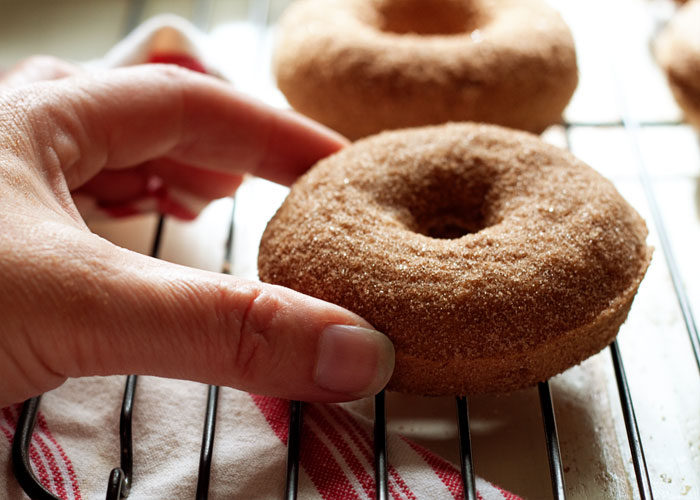 Full of apple flavor and warm fall spices and coated generously with cinnamon sugar, these moist and tender doughnuts are another of those happy recipes that just happens to be vegan, but you’d never know it. Win for the non-vegans and vegans alike. My guy could gobble down three in no time flat. Oh, who am I kidding – I could, too. My kid could lick the sugar off of all of them – I can’t claim I converted my picky eater with these, because they don’t have chocolate. But I sigh and digress.

If you’ve never made a baked doughnut, you’re in for a treat! This doughnut pan is a worthwhile investment – it makes making healthier doughnuts so easy. They just pop right out of the pan and sit there, cute as can be, until nosh time.

It took me awhile to get the apple flavor just right in these Vegan Apple Cider Baked Doughnuts. In fact, they started out as just plain spiced apple doughnuts, and I used applesauce. Not enough apple flavor. Then I used chunks of apple. Closer. Then I realized I needed to go full-on apple mode – boil down some cider and tart Granny Smith apples for some seriously concentrated apple flavor that leaves no doubt as to which season it is.

It takes a bit of time to cook down the apple cider and apples – about 15 minutes – plus some additional time to let the mixture cool. But then the batter comes together in a jiffy, and they bake up in about 10 minutes. So worth it.

This also actually started out as a non-vegan recipe – I used a chicken egg in place of the flax egg. But then, as I was perfecting the recipe, going through all of those eggs became a bit painful. So I swapped it for a flax egg instead, and I actually liked the result better. Why not keep it that way?! 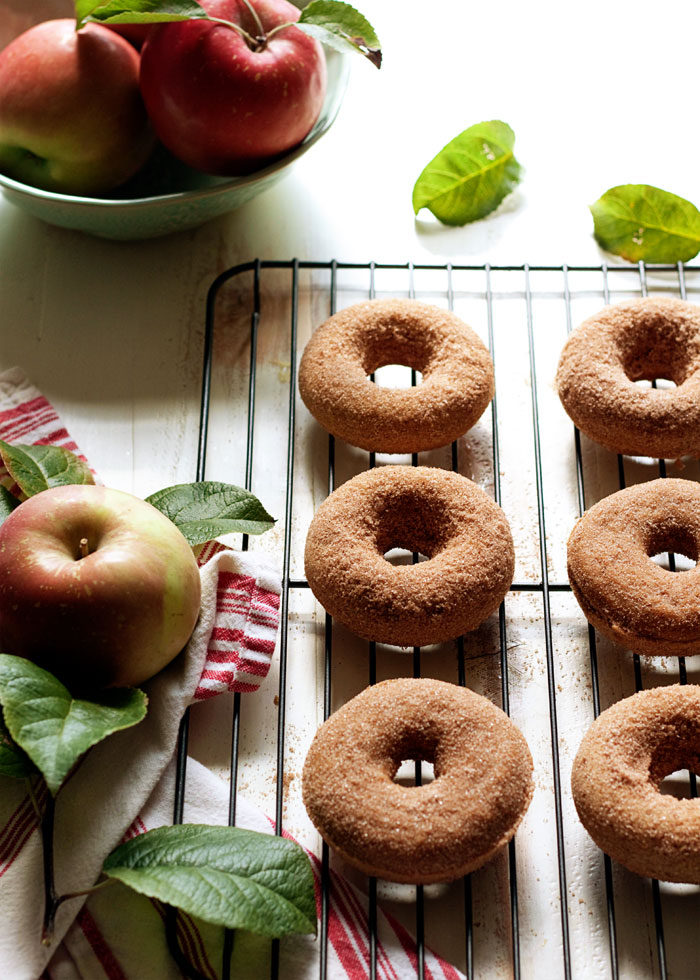 I’m pretty excited to present these baked apple cider doughnuts to you. They might even be one for the bucket-filling list! 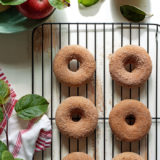 Moist, tender, chock full of apple flavor and warm fall spices, coated generously with cinnamon sugar – what’s not to love?! This baked doughnuts recipe is another of those happy recipes that just happens to be vegan, but you’d never know it.

For the cinnamon-sugar topping:

For truly vegan doughnuts, be sure to use vegan sugar.