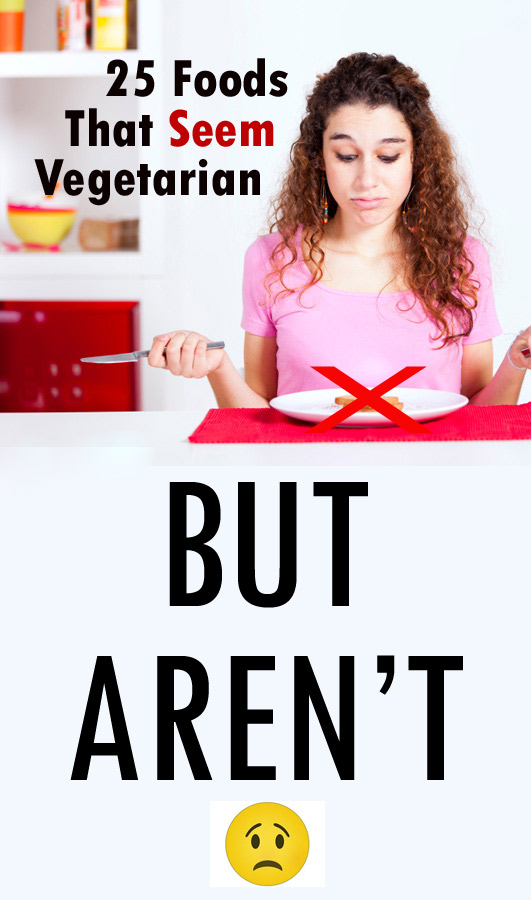 I started this post over two years ago (yep, two years!), and cursed myself for not yet finishing and publishing it when the lovely Domestic Fits shared Ten Weird Things That Are Not Vegetarian a few months back. Curse me and my laziness! But yesterday, when I picked up a tin of Altoids in the check-out line to read the ingredients and was shocked to see gelatin on the list, I was reminded of this post draft. And I decided it was time to finish it up and hit the “publish” button.

In my very first post on Kitchen Treaty, I shared my very first “gotcha” food after I became a vegetarian: French Onion Soup. I had no earthly clue its primary ingredient, aside from onions, was beef broth. Whoops.

Since then, I’ve been lulled into a false sense of meatlessness when a food that seems vegetarian turns out not to be. Meat and animal products are hidden everywhere! So I thought I’d share several “gotcha” foods that I’ve discovered are not vegetarian over the years. 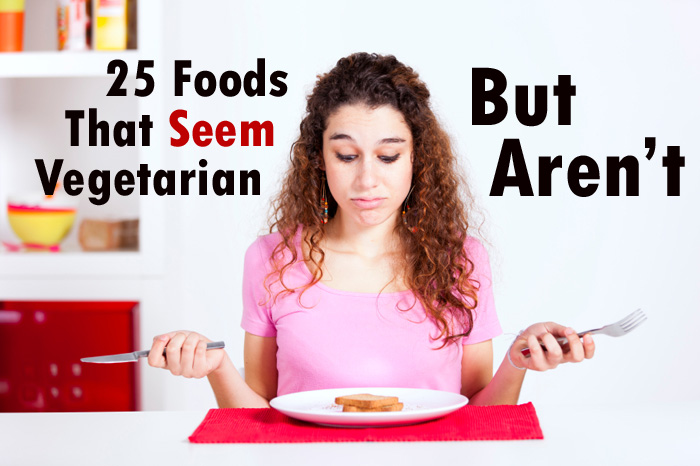 Note that it can be easy to blur the lines between vegetarian and vegan when it comes to this conversation. For this list I define a non-vegetarian food as one containing meat or fish products (like bacon or anchovies) or one that has an ingredient directly derived from animal parts (gelatin=animal bones and lard=animal fat).

10 Weird Things That Are Not Vegetarian – Domestic Fits

9 Surprising Things That May Not Be Vegetarian – Buzzfeed

Are you a vegetarian who has been taken by surprise by a “gotcha” food? What was it?

This post may contain affiliate links, which means if you click on a link and make a purchase, I may receive a portion of the proceeds. More about this here.
Kitchen Hacks & Tips

30 Comments on “25 Foods That Seem Vegetarian But Aren’t”