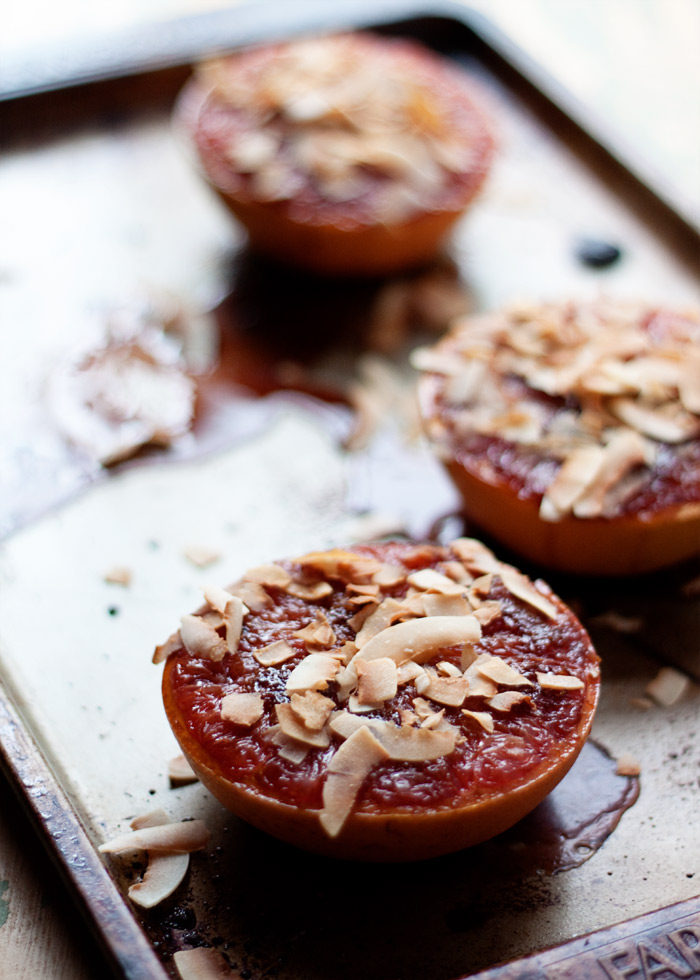 I admit, the first time I heard of the idea of broiling grapefruit, I was … less than enthused. Warm grapefruit? Gross! And then I made some, and my suspicions were pretty much confirmed. It really wasn’t the greatest. (I did it totally wrong!)

But for some reason, last weekend, I was inspired to give it another whirl. Grocery stores are filled with big, gorgeous Texas grapefruits right now and each time I shop, I come home with another giant yellow-orange orb or two. I can’t resist! I love these sweet grapefruits because I can enjoy them simply halved and scooped and they’re sweet enough that they don’t need any sugar or other sweetener. They’re perfect as-is. Except … now I know they’re even better with a bit of ginger-laced coconut sugar, and then set under the broiler until golden and bubbly. 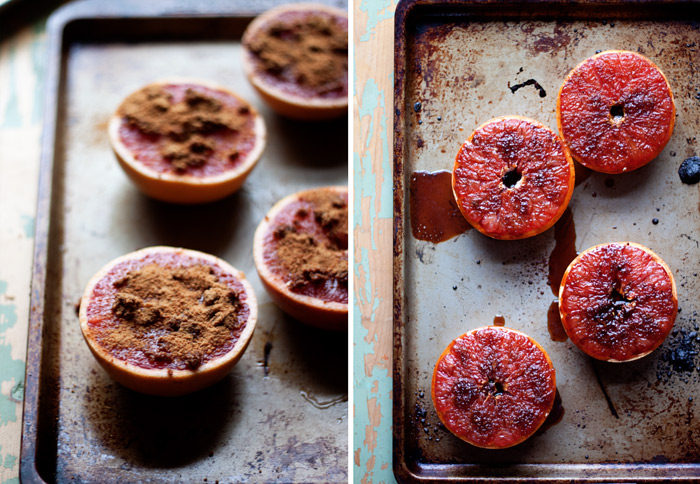 Holy moly are they better. Especially when topped with crunchy toasted coconut chips.

For me, the key is to start with a sweeter grapefruit from the get-go. I also think I broiled it too long the first time. But this time … just right. And I’m a convert. 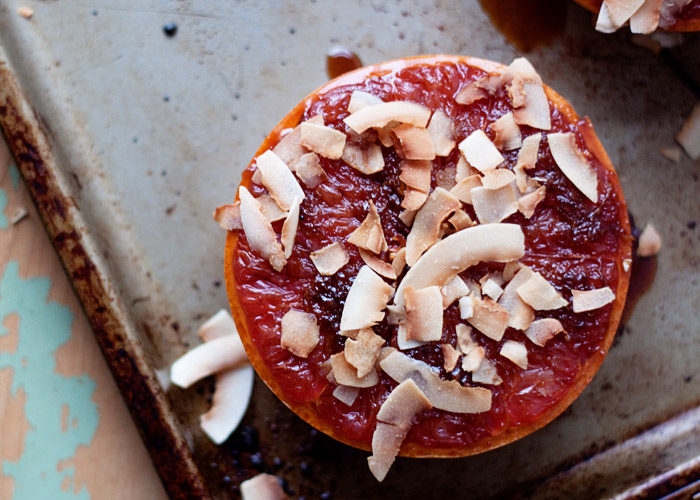 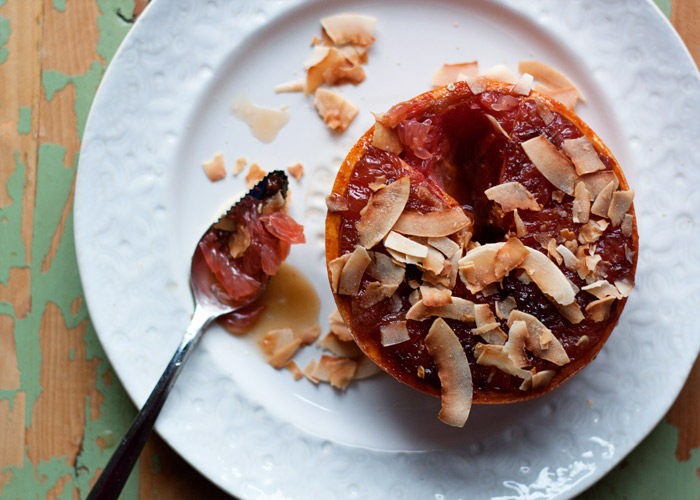 At first, I called these brûléed grapefruit because the top gets almost crackly-hard in some spots (yum!). But no torches used here – I don’t own one (yet). Though I must admit I would love to pick one up just to try it on these. 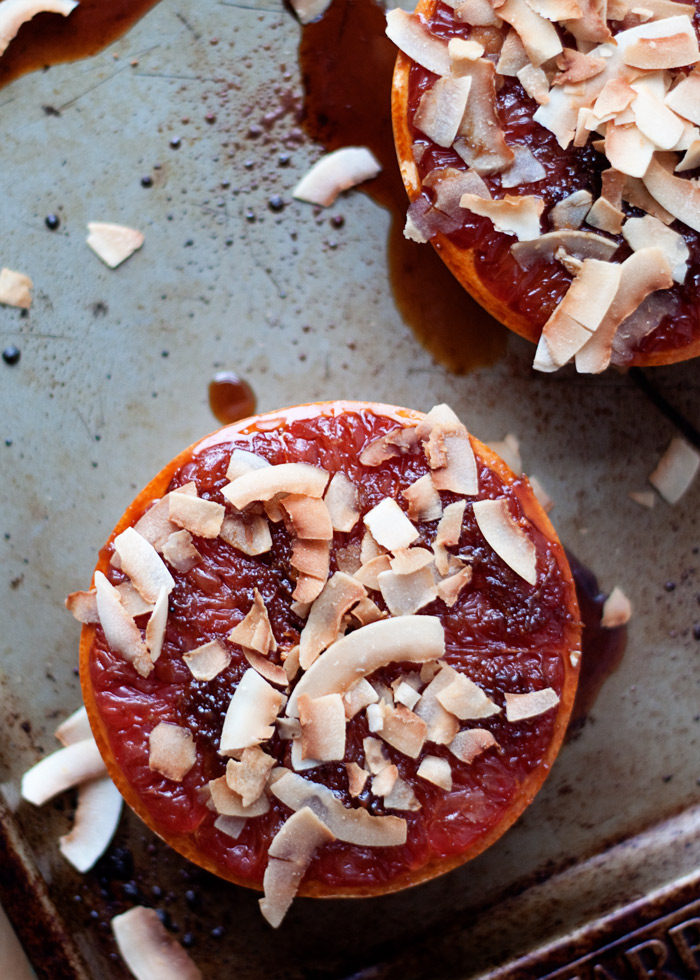 I’m declaring it: I’m officially a broiled grapefruit convert! It’s out of this world, for real. 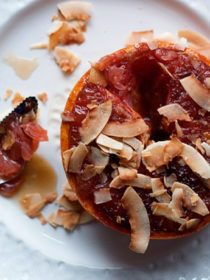 No ratings yet
Fresh ginger and coconut sugar top grapefruit halves and are broiled until caramelized and unbelievably delicious. Top with toasted coconut to take them over the top. Perfect for a special breakfast or brunch, but also ideal as a healthy(ish) dessert!
Print Pin Rate

This post may contain affiliate links, which means if you click on a link and make a purchase, I may receive a portion of the proceeds. More about this here.
Breakfast Dessert Desserts Fast (20 Minutes or Less) Healthy Kid Friendly Snack Time Valentine's Day Vegan Desserts Winter