I’ll answer for you – and I hope that’s okay: YES. An enthusiastic yes. Imagine Meg Ryan in “When Harry Met Sally.” That sort of yes.

This sangria is seriously that good.

I’ve had delicious red sangria with hints of fall spices here and there (oh, so good), but never white. So I decided to give it a try, and man oh man, am I glad I did? 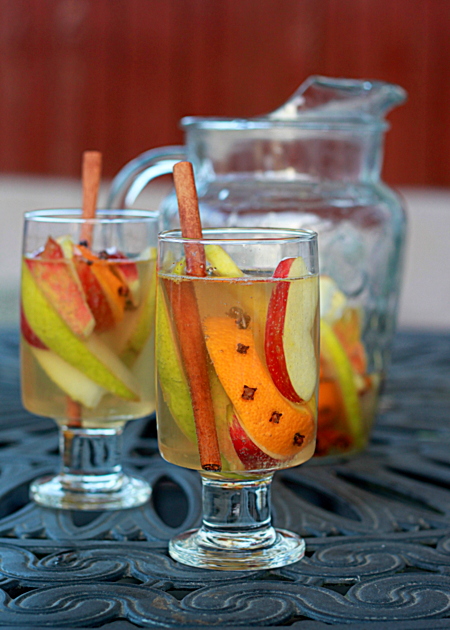 Cinnamon, cloves, and allspice permeate this light white sangria – that’s what you taste hints of first. Then you get the fruitiness – honeycrisp apples, perfectly ripe pears. Then a bit – just a bit – of bite from the ginger ale.

And then you nibble on the fruit – oh my gosh, so good, but be warned! It’s all potent, but the fruit? It’s extra potent. As he finished off his glass, I may or may not have heard my guy say to the baby, “Later on, Daddy’s got a date with a fork and a pitcher!”

He’s so going to kill me for sharing that.

No matter, though. I’ll just bribe him with more of this sangria. 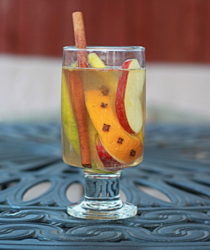 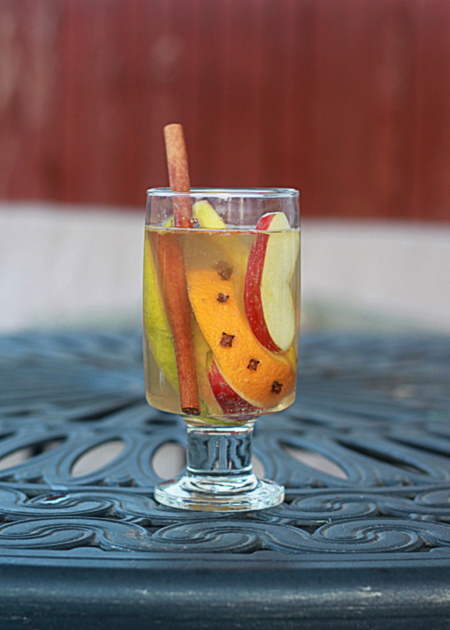 This post may contain affiliate links, which means if you click on a link and make a purchase, I may receive a portion of the proceeds. More about this here.
Cinco de Mayo Cocktail Hour Dinner Drinks Fall Sangria