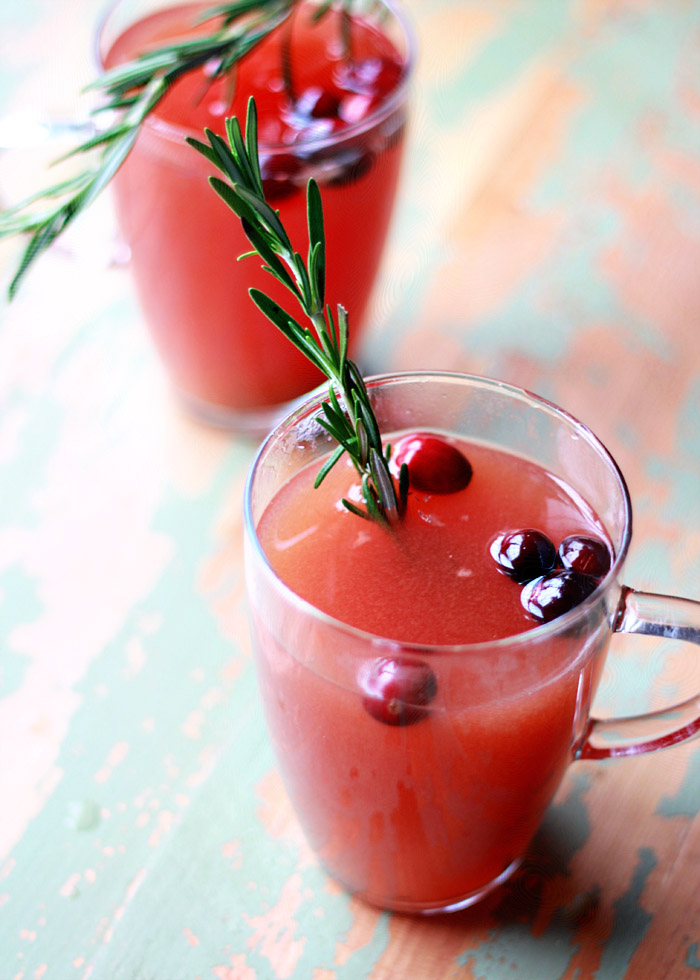 If you’re a Pinterest user, surely you’ve seen all of the “Make your house smell like Christmas!” posts this year. I adore the whole simmering pot idea and have done it many times myself.

But today, let’s talk about killing two birds with one stone. Except we’re a peaceful bunch, so we’re not going to kill birds (yikes!), nor throw stones for that matter. Um, I guess what I’m trying to say is this: Why don’t we make our houses smell fabulous and get a scrumptious sipper out of the deal at the same time? 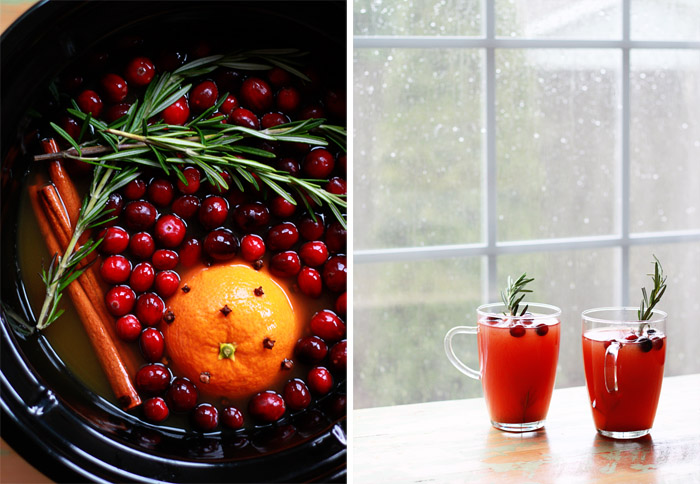 This Slow Cooker Rosemary-Cranberry Mulled Cider is sort of an amped-up version of my favorite Crock Pot Spiced Cider recipe. I include rosemary for a festive green touch, and the subtle herbal note it adds is fantastic. And then cranberries, because I’ve decided that cranberries in spiced apple cider are the bomb. They add this wonderful tart element that makes the cider much less cloying than most – and therefore infinitely more drinkable. 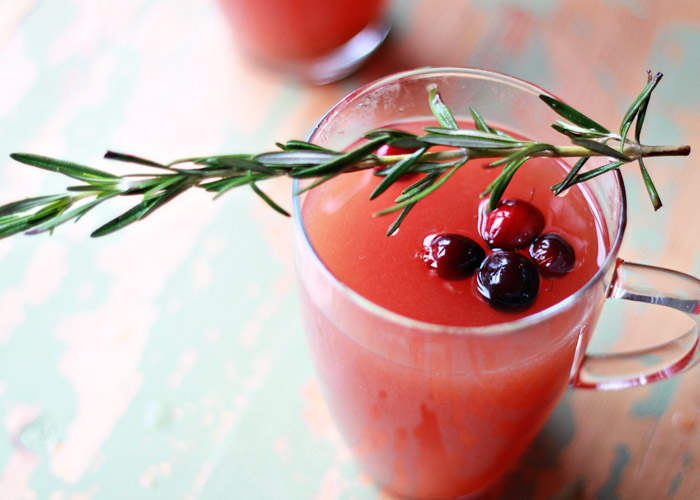 Drink it straight up, booze-free, or try adding a splash (or pour) of rum. We were out of rum when I was making these, but we found apple vodka to be a fine substitute. 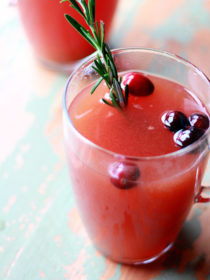 No ratings yet
This Crock Pot spiced apple cider recipe gets its rosy glow - and an irresistible pop of flavor - from fresh cranberries. Rosemary adds an unexpected (and festive) vibe.
Print Pin Rate

This post may contain affiliate links, which means if you click on a link and make a purchase, I may receive a portion of the proceeds. More about this here.
Christmas Cocktail Hour Drinks Fall Slow Cooker Drinks Winter