We recently took a trip to Disneyland, and we all returned with a cold. Bummer! But hey, better a cold than the measles! So we’re not complaining.

I spent a good couple of days incredibly stuffed up and unable to taste anything. So I thought I’d throw a whole bunch of ginger at that stubborn ol’ rhinovirus, and see what happens. Spicy Ginger Smoothie to the rescuuuueee!!! 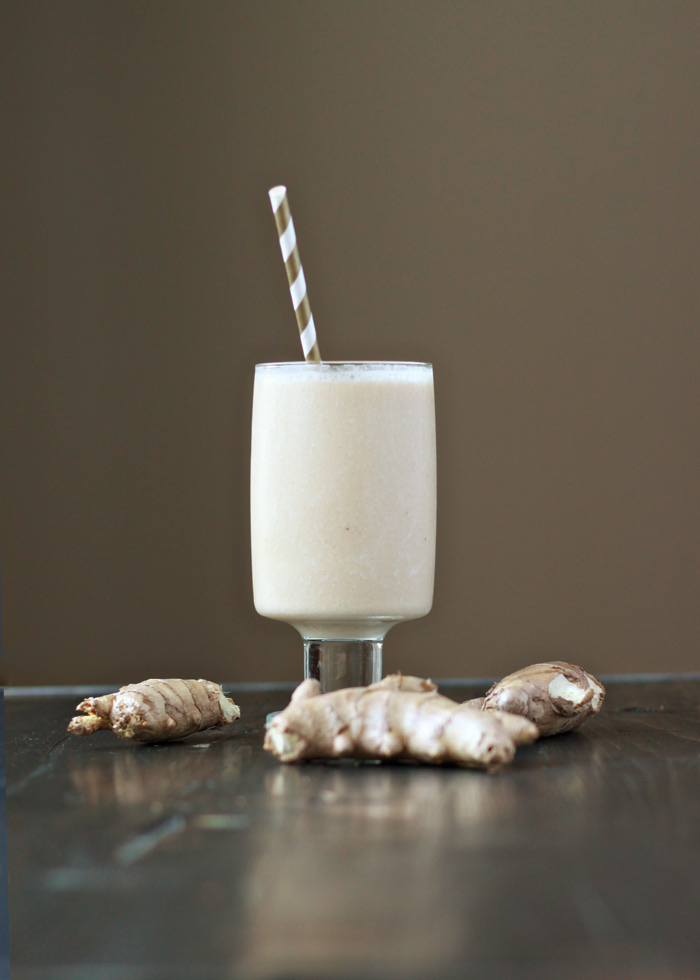 Ginger, with its anti-inflammatory properties, is pretty well known to be a natural cold remedy. But I’ve always been a bit of a fresh ginger wimp. That stuff is strong! But when I whipped up this ginger smoothie recipe, I decided to go for it. A good hunk of fresh ginger along with some powdered ginger for an added note of ginger flavor. And then a pinch of cayenne pepper, even, to really give this thing a spicy kick. 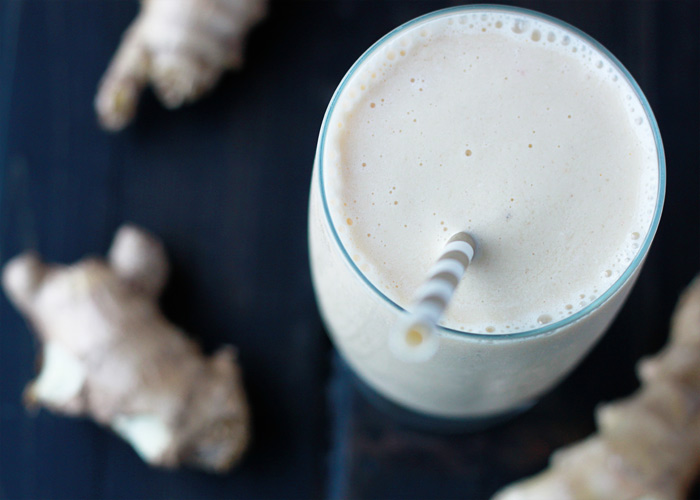 This first time I sucked one of these things down, I admit I felt it more than I tasted it (again, because I wasn’t tasting a darn thing at the time). The tingly spices, a healthy burn, and, after I was done, I could breathe. It was fabulous.

Don’t worry, though. I’m not posting a recipe that I haven’t actually tasted. I’ve made this thing several times since then, and now that I can both feel and taste it, I can still declare it a winner. I love this smoothie!

It is not a wimpy smoothie. There is serious ginger going on here. Serious. It’s called spicy for a reason. I mean, if you’re a spice fiend and you’re the type of person who asks for 7 stars at your favorite Thai restaurant, this might not make you blink. But otherwise, I think most will find this thing has a mighty fine kick. 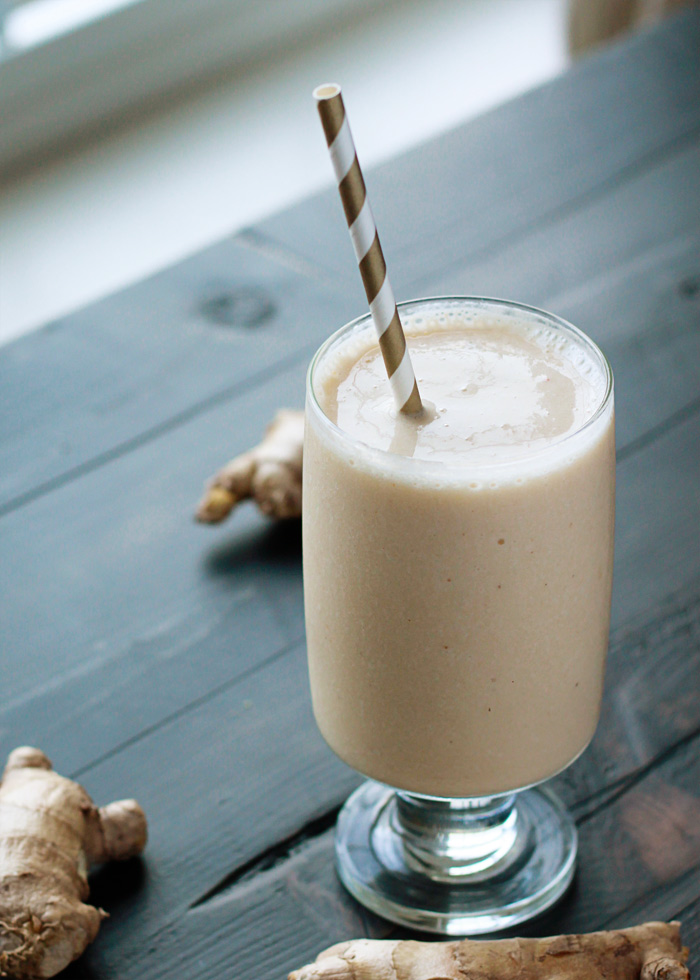 0 stars from 0 ratings
Warning: Not for wimps! This bold smoothie can't wait to kick the crap out of your cold.
Print Pin Rate
Yield: 1 smoothie

This post may contain affiliate links, which means if you click on a link and make a purchase, I may receive a portion of the proceeds. More about this here.
Breakfast Fast (20 Minutes or Less) Healthy Smoothies Snack Time Winter