Do you remember wilted spinach salad? Or is that just something from my childhood?

Spinach dressed in hot bacon drippings and vinegar until it wilts and becomes surprisingly delicious? 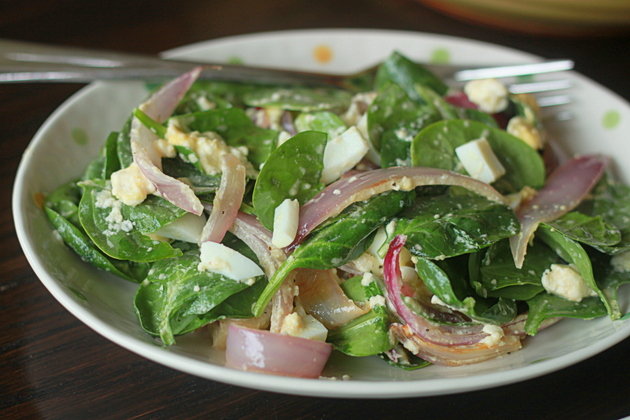 I remember. I loved the stuff, but because I assumed the magic was in the bacon, I’ve not given it much thought since becoming a vegetarian many moons ago.

But then, for some reason, thoughts of wilted spinach salad emerged, and I just had to come up with a vegetarian version. As it turns out, the magic isn’t in the bacon grease. In this version, freshly-sauteed red onions and crumbled feta cheese warmed with apple cider vinegar and olive oil help to wilt the spinach. Just a little bit. Just enough.

I slightly adapted this recipe from Bon Appetit, using apple cider vinegar instead of the sherry vinegar they called for, and adding hard-boiled eggs to give it a little more variety of texture and overall heartiness. 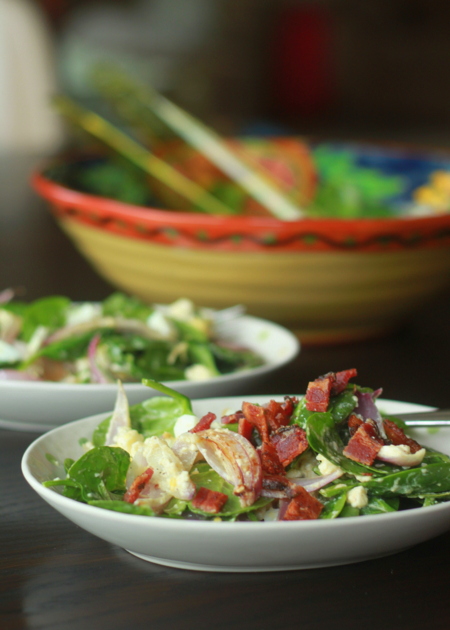 And, of course, I topped my resident carnivore’s version with bacon. I mean, it’s plenty magic without, but a little bacon finish (for those who really want it) can never hurt. 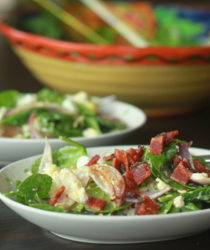 3.2.1596
This post may contain affiliate links, which means if you click on a link and make a purchase, I may receive a portion of the proceeds. More about this here.
Dinner Fast (20 Minutes or Less) Healthy Lunch One Dish Two Ways Quick & Easy Dinners Salads Summer Vegetarian+Carnivore

14 Comments on “Wilted Spinach and Feta Salad with Optional Bacon”