Growing up, we really weren’t an eggnog family. My first encounter with it, I think, was actually well into adulthood – in the form of an eggnog latte. That easily segued into the real stuff whenever possible every December.

Eu-frickin’-reka! What had I been missing?! 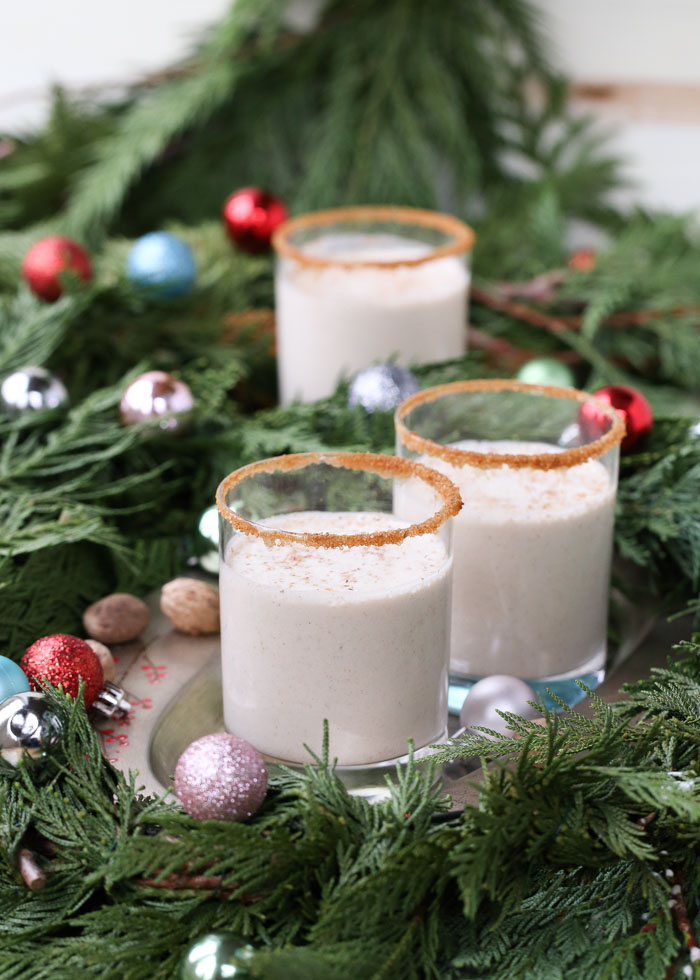 Cue record screech when, many years later, I discovered dairy hated me. Well, shoot. There goes eggnog. Christmastime took on a dull glow from there on out. (Just kidding, but it was a bummer).

And then I discovered Vegan Eggnog! (And now we hear angels singing.) Because seriously, this stuff is unbelievably delicious. The first version I tried was this one, and when I first sipped it, my eyes widened and I was like, okay, forget the traditional stuff. Where has THIS been all my life?

After that, I ventured into chai-spiced territory, which is really nice when I’m wanting a special twist. But more often than not, this Easy 6-Ingredient Vegan Eggnog is what I’m all about every December. I took the inspiration recipe and ran with it, changing up the quantities until I landed on, in my humble opinion, vegan eggnog perfection.

We’ve got cashews, coconut milk, dates, vanilla, nutmeg, and sea salt. And that’s it! Okay, and a little water, but I don’t count that. 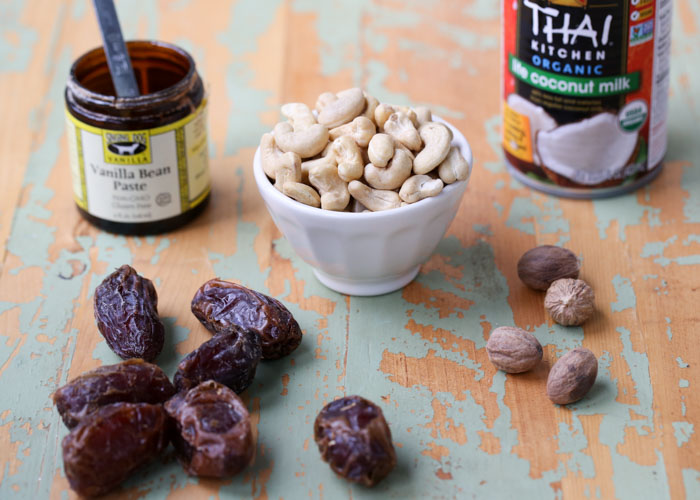 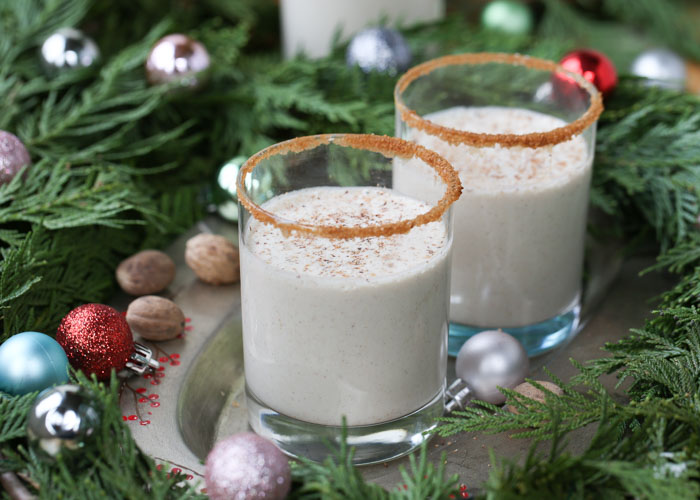 Cashews give this egg nog that luscious creaminess, while coconut milk adds a rich sweetness. Caramelly sweet medjool dates help thicken it up while adding an almost molasses-y note. Vanilla – either in the form of vanilla bean paste, pure vanilla extract, or even couple of vanilla beans, is a must. And then copious amounts of nutmeg. Because of course.

Just blend it all up, chill, and done! It’s SO EASY. 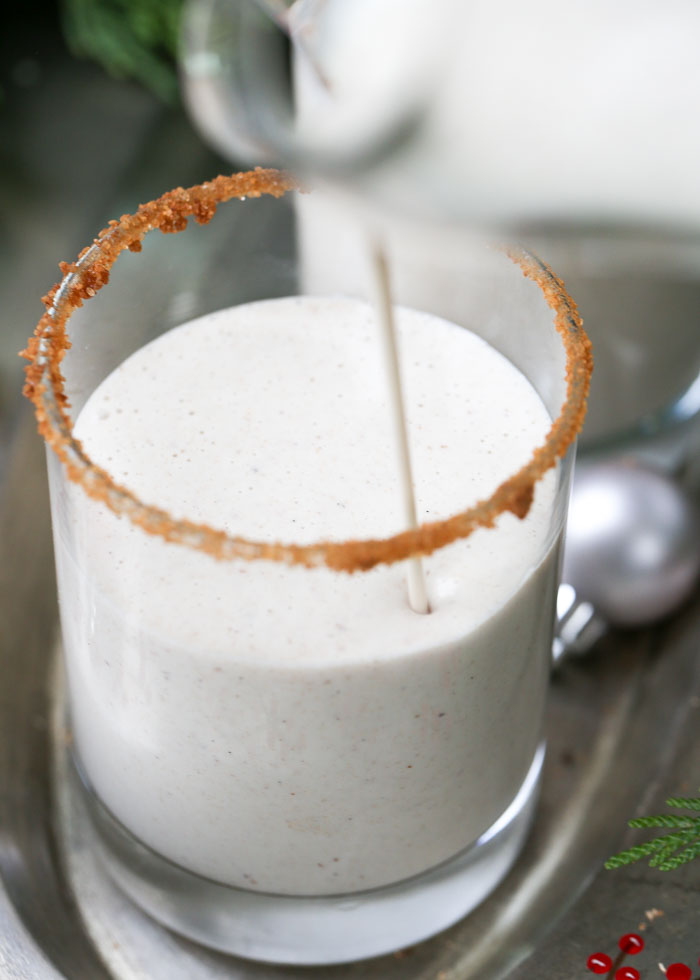 Whether you’re vegan, dairy-free, or just not so sure about the idea of drinking egg, I encourage you to give this Vegan Eggnog a try, and I hope you love it as much as we do! 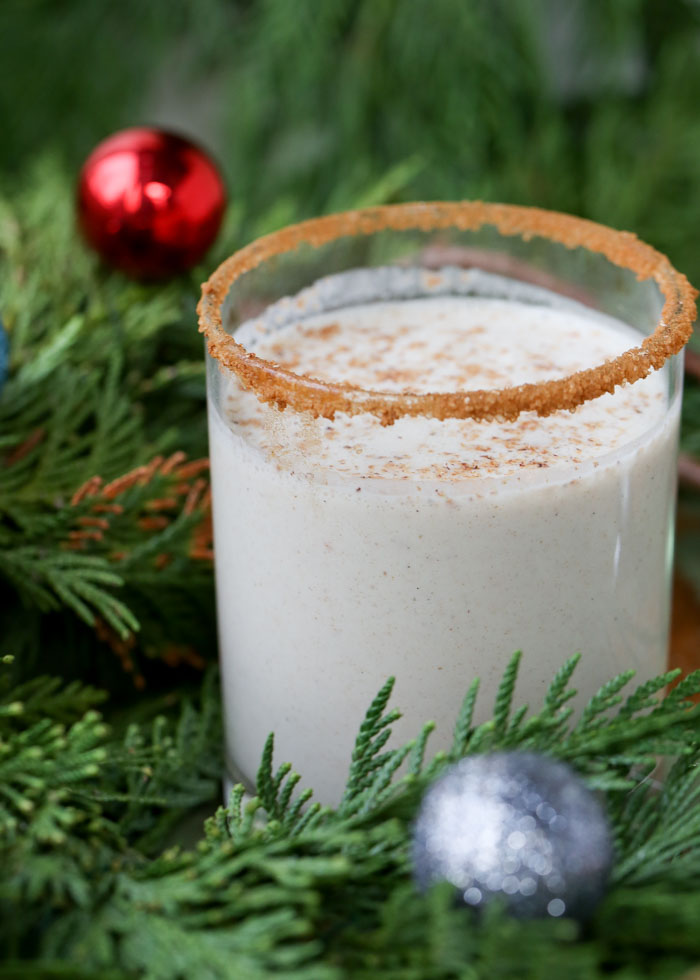 P.S.: It is absolutely delicious in coffee, too. Total bonus. (Just swap out your usual coffee creamer for this. Heaven!)

0 stars from 0 ratings
Decadent and velvety, this egg-free, dairy-free nog is sure to be the hit of the party. The season. The year! Cashews, coconut milk, dates, vanilla, nutmeg, and a pinch of sea salt make up this glorious situation. Rum optional!
Print Pin Rate