I’m pretty obsessed with this smoothie formula right now, so I hope you’ll bear with me as I throw another variation your way. Or two. 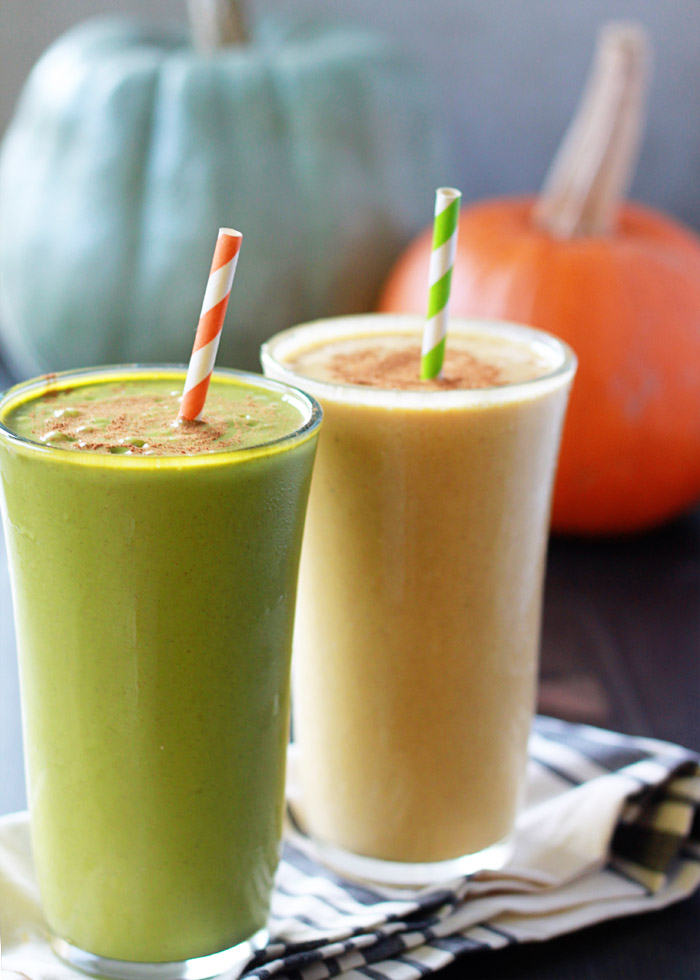 Basically, the creamy base of the smoothie is made of cashews, water, and banana. I had no idea that raw cashews could make smoothies so utterly rich and creamy until, this summer, my obsession with these began. Ohmygoodness. Basically, you throw it all in the blender and the nuts and water start to puree and you’re looking it going all, “what have I DONE here?” And then, all of the sudden, it just goes all creamy and blissful. I just love that these are vegan yet uber creamy without having to rely on some sort of milk to make it happen.

Aside from the cashews, water, and banana, the basic formula also has ice cubes, pure maple syrup, a splash of vanilla, and a pinch of salt. From there, it wasn’t too much farther to pumpkin town. And then on to its close neighbor, green pumpkin town. 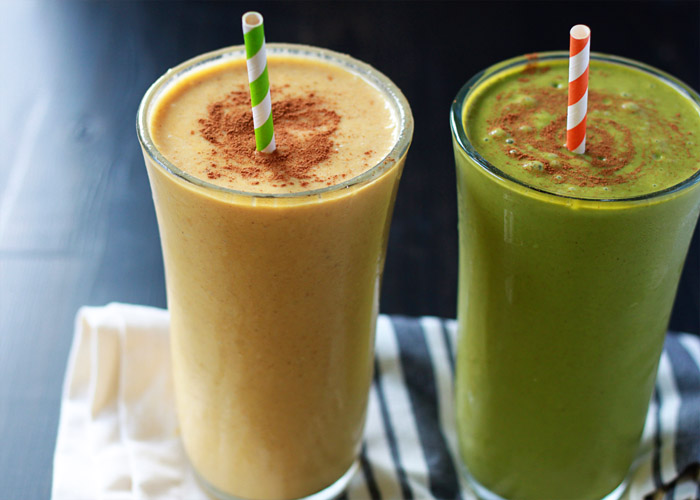 Pumpkin puree, pumpkin spices, and a dusting of cinnamon, and you’re in pure pumpkin-pie-esque heaven. For a hit of nutrients, throw a few spinach leaves in there. Sure, you lose that familiar orange hue, but the flavor stays the same. 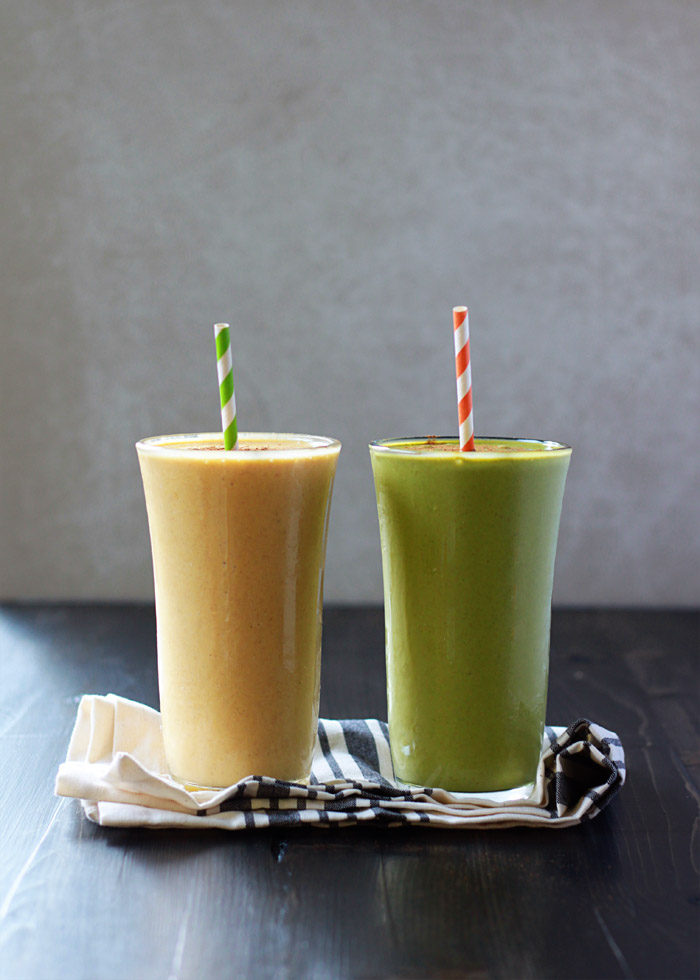 Make two and serve ’em up side-by-side, or layer one on top of the other. And hey, the green kind of looks like a pumpkin stem. Got a sharpie? Why not make a smoothie-o’-lantern? (I had this idea after the smoothies were long gone, so the jack o’photo is actually Photoshopped. But it totally works, as long as you start with a dry jar – and it’s darn cute, too!) 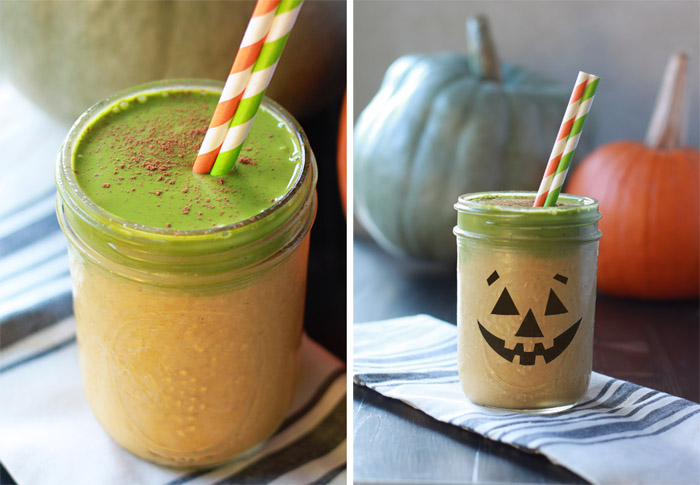 Go forth and greenify. Or not. Your choice! 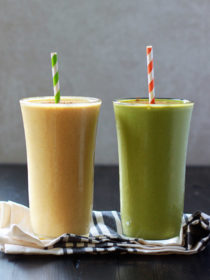 For the green version:

This post may contain affiliate links, which means if you click on a link and make a purchase, I may receive a portion of the proceeds. More about this here.
Breakfast Dessert Desserts Fall Fast (20 Minutes or Less) Halloween Healthy Kid Friendly Lunch Protein Powered Smoothies Snack Time Thanksgiving Vegan Desserts